Music’s golden girl, Amy Shark will become the inaugural Hall Of Fame inductee after taking out the prestigious Artist Of The Year award while breakout artist San Mei won Song of the Year at last night's Gold Coast Music Awards.

Following another 12 months of smashing national and international success, Shark took out three of her four nominated categories, including Artist Of The Year, Live Act Of The Year and Release Of The Year for hit album, Love Monster.

“I feel so honoured to be recognised by the Gold Coast Music Awards, by my home town and by the community that stood by me from the very beginning,” she said.

“Thank you so much for these incredible awards and for inducting me as your first artist in the Gold Coast Music Hall Of Fame. It’s such an exciting time for the Gold Coast and for music in this country, there are so many amazing bands and artists coming through the GC – it really feels so special to be part of the artist community.”

The illustrious beachfront event saw the city celebrate finalists and winners across nine categories, including rising star San Mei, who took home Breakout Artist Of The Year and the hotly contested Song Of The Year gong for her popular indie rock number, Wonder.

Wolfmother keyboard player and acclaimed multi-instrumentalist, Ian Peres won the newly introduced Musician Of The Year award, while Video Of The Year was snapped up by experimental dance and music artist, YT Dingo, for his music clip Shipwrecked.

Newest addition to the Gold Coast live music scene, Vinnies Dive received its own ‘Skull Murphy’ trophy for Venue Of The Year, thanks to its support and ability to cater to emerging local artists and loud rock bands.

Gold Coast Music Awards director, Samantha Morris said, “Our 2019 Award winners and finalists are a true testament to the creative gold that continues to grow and emerge from this City.

“It was such a close call for the judges in many of the categories. Amy Shark, San Mei, Ian Peres and YT Dingo are all very deserving winners and we’re especially thrilled to announce that Amy will be the very first artist to be inducted into the Gold Coast Music Hall of Fame.

“We are currently consulting with City of Gold Coast and our industry partners to determine what a hall of fame might look like for the Gold Coast, but it’s sure to be a bit different!”

Amy Shark’s induction into the Hall of Fame will take place in 2020.

“It’s history-in-the-making with our Hall Of Fame honour sure to become one of the most prestigious accolades musicians strive for throughout their career,” said Mayor Tom Tate.

“The depth of musical talent in our city has exploded in the last decade and I don’t envy the judges who will cast their eyes over future potential hall-of-famers. Congrats to Amy and watch this space for rising stars like San Mei.”

"Our fellow Gold Coast artists Casey Barnes, San Mei and Peach Fur, who performed last night, have certainly set a high standard for the host of live music acts set to perform in the coming days." 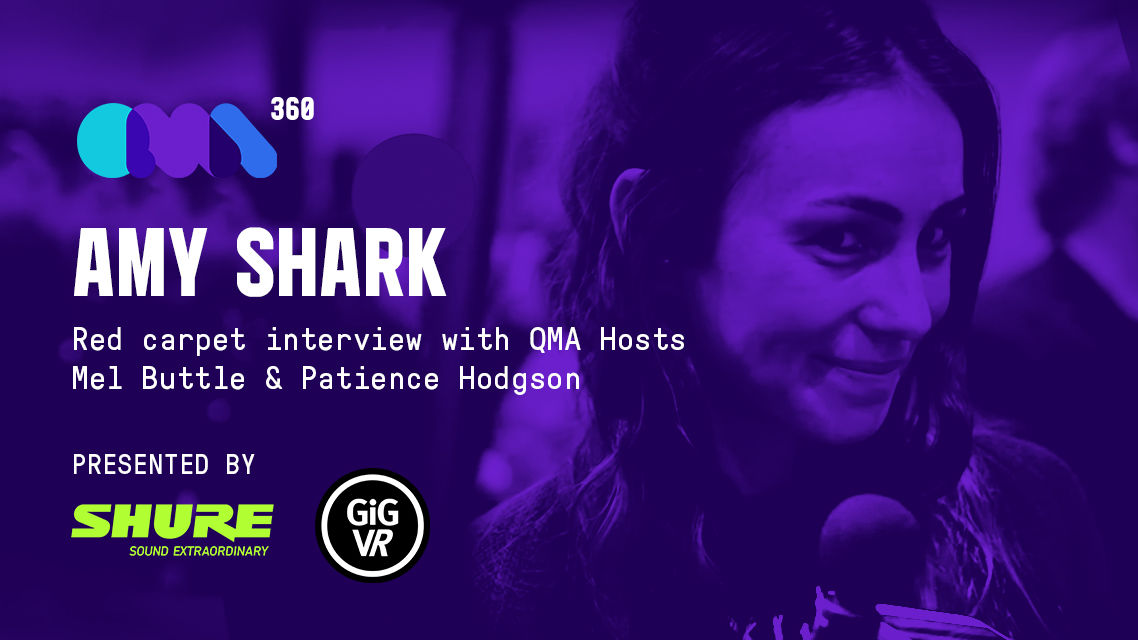 Where to go for help

Helplines and resources for discrimination, abuse and assault.

QMusic and the brains behind BIGSOUND have teamed up for the ultimate end-of-year party on Sunday, November 28! Join in on the biggest party to see out a year that sucked and welcome a funner Summer!

WHEN THE SHOW CAN’T GO ON: COVID’S INVISIBLE VICTIMS

The Australian music industry is a delicate ecosystem at risk of total collapse unless it receives critical life support. The success of Australia’s live music industry lies in the people who make the show go on - the technicians, engineers, managers, hiring companies and more - those who are COVID’s invisible victims.

The Billy Thorpe Scholarship returns for 2022, providing the opportunity for an emerging artist to receive $10,000, record with an established producer, and receive career planning from Chugg Entertainment. Applications close 11:59 (AEST) 21 October 2021.

Brisbane psych-pop star, Sycco, claims her place in the Valley Walk of Fame for her hit song 'Dribble'.